Tonkean enables the creation of links to public, read-only versions of your Lists. Anyone with the link can view Tracks, Inner Tracks, Key Metrics and your Tonkean week view. No edits can be made to any data nor any functions performed aside from sorting columns. Shareable Lists promote greater visibility within your organization or your customers.


Track Links allow the creation of an alias to a Track or Inner Track that can be inserted in to any other List or Track in your Board. Updates to linked tracks update the original Tracks in the source List. Linked tracks enable List Owners to share the most specific, relevant Tracks with Owners of other Lists without having to manually create duplicate Tracks. They also facilitate improved efficiency, accuracy and organization by allowing Owners to separate project segments in to discrete Lists which can manged by specific teams.
Together, Shareable Lists and Track Links are a powerful combination that allow you to share the most relevant details of what you are tracking while also ensuring the safety of the data.

Boutique agency, “Livingston, Gentry & Mishkin” uses Tonkean to track their campaign development schedules. Each client is a Track in their List where they manage each step of the process along the way to campaign launch. Both the creative and logistical items are included so that Ruth, the Account Executive, has all the details she needs to manage launches. 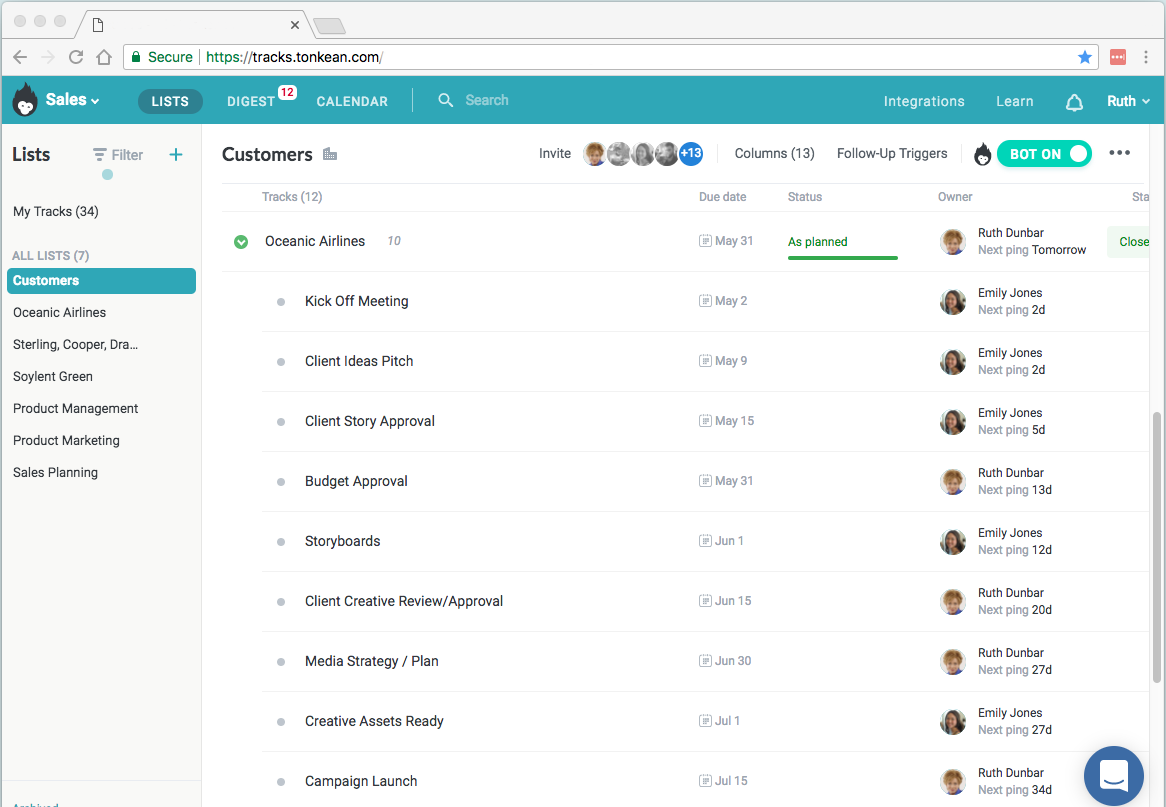 Livington’s Creative Director, Emily, maintains her own Lists for each client in Tonkean to track her team's deliverables for each campaign. Within each client’s List, there are Tracks for each campaign, and Inner Tracks with action and items deliverables. To plan the creative and production schedule, as well as to update Ruth on items she has been assigned, Emily links the relevant Tracks from Ruth’s Lists to her own. 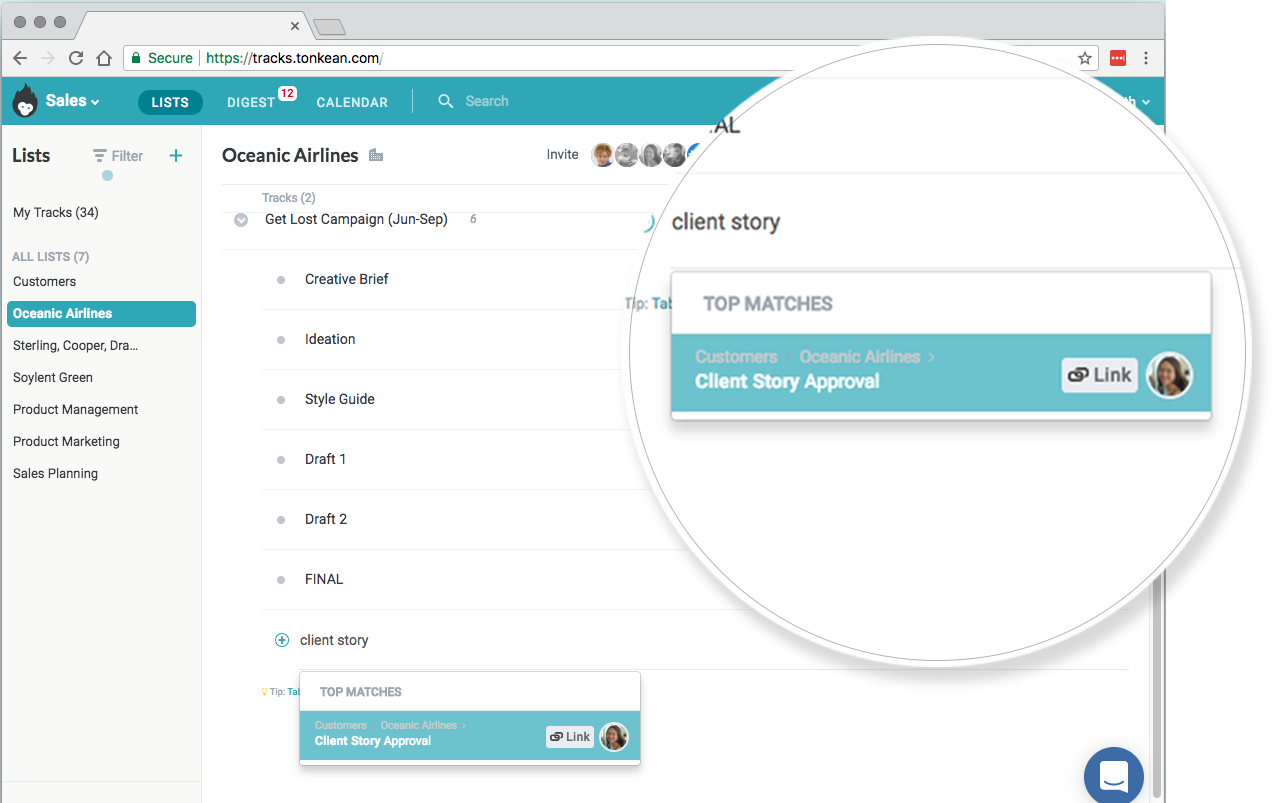 From here, she can update Ruth without having to sift through Ruth’s List, and can assign due dates to Owners on her team without having to manually check against the overall campaign schedule. She also avoids creating duplicate Tracks that need to be updated individually. In this way, Emily ensures that her internal schedule is aligned with the campaign’s schedule. She saves time and energy, and nothing falls through the cracks. This would not have been possible without Tonkean Track Linking.
Livingston regularly updates their clients on campaign development progress. Before Tonkean, a spreadsheet was manually maintained with updates to each deliverable which was delivered via email. This was a labor-intensive process that was regularly incomplete and, more importantly, obsolete the minute it was prepared.
With Tonkean, they no longer need to manuallyprepare reports manually. They created Shareable Links for each client’s List. With this link, each of Livingston’s clients can see the status of their campaigns’ developments in real-time without having to ask for it.

Track Linking and Shareable Lists are powerful features that support greater collaboration, efficiency and accuracy. In combination, they empower greater efficiency and automation of routine reporting.

Learn how to create your own Shareable Lists in the Knowledge Base.
Last updated on July 17, 2018